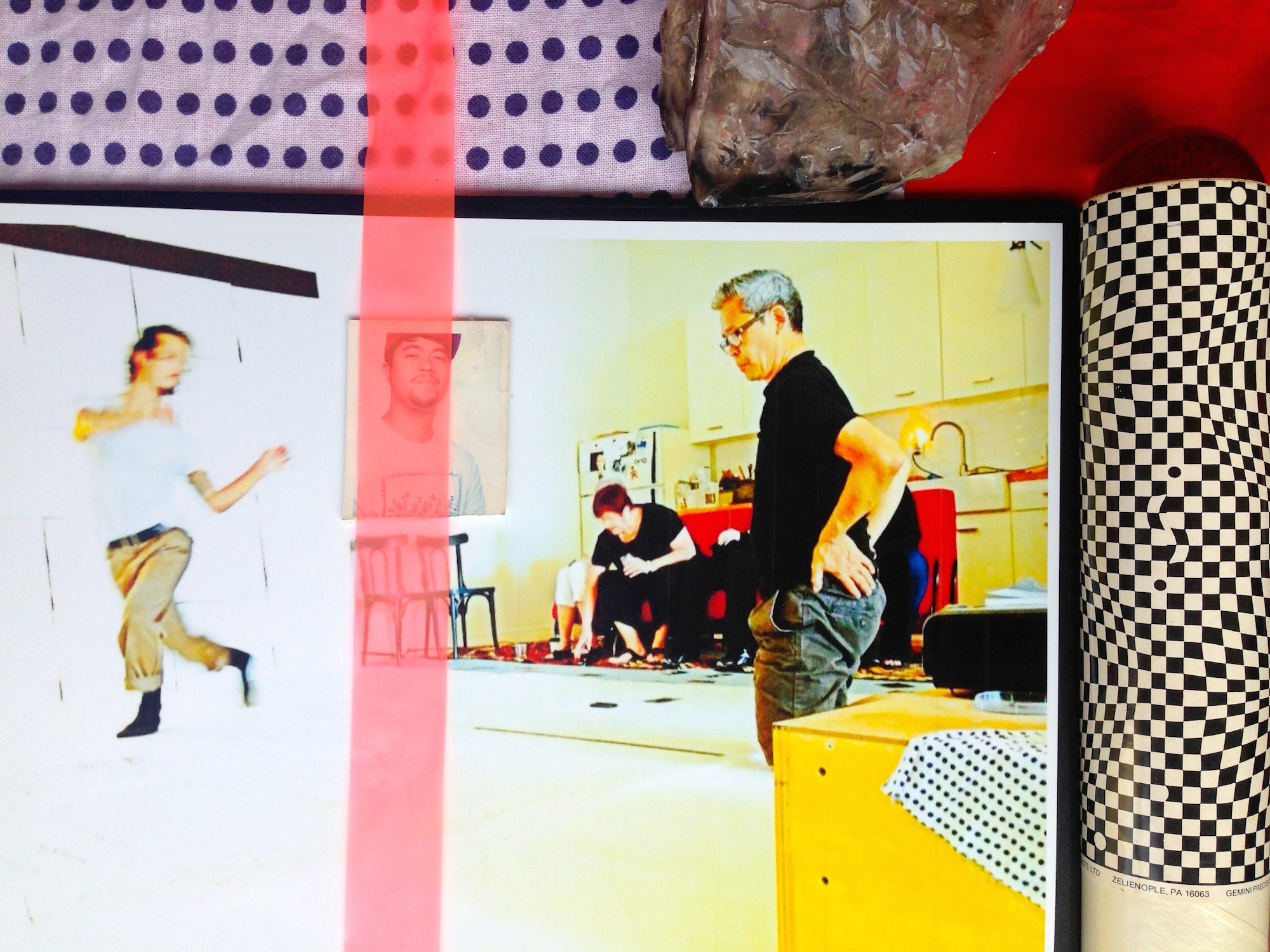 Fathers and Sons was a interdisciplinary project designed to by six active Toronto-based artists. The work was to engage in an inter-familial dialogue between fathers and sons both through and not-through the artistic practice of the participants. Regular meetings involved son-led and father-led meals, studio work, and a retreat.

FATHERS AND SONS: Kamino family is a performance built from this intimate and broad reaching research into fatherhood, sonhood, inherited trauma, artistic practice, and familial love.

The work premiered at LUFF art + dialogue in July 2013 and was replayed at the SummerWorks performance festival in August 2014.

The occasion that is documented here could be categorized as a long-duration installation-performance.

The following were provided as program notes before and during the event:

This performance is built entirely around the simple agreement between father and son – be together quietly for 6 hours.

Benjamin will dance continuously for the duration of the work, embodying photographs of his and his fathers past and future and together creating the present. By tracking the physical and temporal shifts of a body, both father and son, existing between two times, find their congruence in the imagined space of 1983 when Benjamin’s father had turned 26: The father’s body is the son’s future body, the son’s body is the father’s past.

Tim will create a series of drawings of figures and ghosts, which will culminate into sculptural form akin to a symbolic life boat, or space ship whose only obligation is that father and son are together, and safe.

Made with the generous support of the Ontario Arts Council and LUFF art + dialogue.